Posted on November 3, 2013 by Susan Lattwein

On more mornings than I care to remember I’ve driven to work with the warning to ‘make sure you’re wearing clean undies in case you have a car accident’ ringing as a warning bell in my mind. My undies were clean enough, that wasn’t the problem.

It was the fact that I had my husband’s underpants on. Oh no, I hear you say, she’s rabbiting on about underwear again. Why was I wearing my husband’s jocks; padded and generous in all the wrong places, sometimes even threateningly loose in the elastic department? (I tell a lie – they’re quite comfortable, especially the boxer trunks.)

Because there is at least one undies thief in our family. This is how it works. Clothes never found their way into the now defunct washing system (now teenagers do their own). Think busy teenage lives, school, study, jobs, better things to do/think about, so much hair to straighten, eyebrows to pluck before the bus, so little time…….Teenager opens her drawer – no undies. What to do? Borrow your mother’s, not that you’d admit to it, of course.

The funny thing is, I’m no longer trusted to purchase undies, apparently I have no idea, or taste. But my ‘voluminous’ knickers are good enough to ‘borrow’.

If I was a good mother, the voice of guilt sitting on my shoulder nags, I would venture into that teenage bedroom in a space suit and decontaminate, fumigate, tidy up, collect, sort, and fold. I would take out the rubbish, compost, clean their bathroom when they don’t follow through on their chores. I did when they were younger, but not now.

Most of us are full of self-doubt and feel the pressure to be a perfect parent. I have listened with devoted attention to the various experts on parenting. In our desire for certainty, we listen, we follow, we have faith. But experts (see previous post – Are you a hedgehog or a fox?) do not agree on toilet training, teething, walking, sleeping, breast-feeding, introducing solids, sterilising, behaviour, nappy rash, reflux or when to start school . Expert advice changes from one decade to the next. I guess that’s scientific research and progress. The trick is to take it with a grain of salt and follow your gut feelings.

I remember reading about Donald Winnecot and his ‘Good Enough Mother’ years ago with relief, as if he’d given me permission to be the best mother I could be, a well-intentioned human, yet imperfect as well. That my maternal shortfalls could benefit my offspring was an unexpected bonus. But I didn’t take him too seriously because I’d only found him by accident, squirrelled away in some research whilst writing a uni essay. Winnecot was a pediatrician and psychoanalyst in mid-20th century Britain. In Winnecot’s own words,

‘The good-enough mother…starts off with an almost complete adaptation to her infant’s needs, and as time proceeds she adapts less and less completely, gradually, according to the infant’s growing ability to deal with her failure. Her failure to adapt to every need of the child helps them adapt to external realities. The way to become a good mother is to be a good enough mother.’ 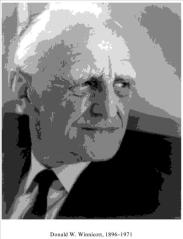 I liked the sound of a good enough mother. So I was building my daughters’ independence and resilience, that was and still is my excuse and I’m sticking to it. I agree with Sheila Quirke in her Huffington Post article, ‘The Good-Enough Mother’,

‘The concept frees me with its liberation from expectations. I never have to be perfect, I only have to be good enough. If you read further into Winnicott’s theory, you learn that striving for perfection is a sure path to screwing your kids up in epic proportions.’

My daughters cook meals, sew on their own buttons, do their own laundry, write their own resumes, essays, assignments, job applications etc. Of course they ask for proofreading or advice, ideas etc. But I know parents who take these tasks on as if they were their own. Some mothers tidy their teenagers’ bedrooms (deep breath ….. guilt knocks at my door as I even write this). My daughters feel confident asking for re-marks at school when they believe they’re justified. They are able to negotiate, have the moral courage to stick up for others, are their own successful advocates when things go awry in their various part-time jobs (that’s another story).  My husband and I try to give them the space to make their own decisions, yet encourage discussion. My daughters know their parents are behind them, they just have to ask. And they do, and I ask them advice in return.

I have failed my children at times. Sometimes I’ve done it more spectacularly than others. There are things I would not do now, can’t believe I did in times of stress, sleeplessness and fear (why did I listen to some of those controlled crying ‘experts’?) I don’t dare tell you how old the Amazon Princess was when we watched Jurassic Park as a home movie because I thought it was like Disney (I turned it off, but she begged and begged me, so we watched it together from behind the lounge). On one income back then, their father and I didn’t dress them in designer baby clothes, or take them to Europe before they started school, or high school, or…….

My girls know I’m human, and that they mean the absolute world to me, despite my neglect of their laundry, school/uni lunches, and dinner on Sh Bam nights. I’m an engaged parent, a human who makes mistakes and owns up to them, most of the time. 🙂

Besides hopefully building my daughters’ resilience and independence, being a ‘good-enough mother’ who only does ‘good-enough’ housework has allowed me to chase a dream and write a book, so I’ll stop complaining about whose undies I’m wearing.

I think a lot of us are worried we’re not good enough mothers. Parenting is one of the most emotional, messy, undignified, joyful, adventurous and rewarding things I have ever done. I know I’m not alone.

To quote Brene Brown, “I’m enough. My kids are enough.”

Are we under such pressure to be perfect mothers because we parent in such a Western, individualistic culture? Do enough mothers talk to each other about what it’s really like to be a ‘perfect’ mother and juggle other, competing pressures such as career, appearance, study and family/life admin, deciding if your kids are too sick for child care when you need to go to work? 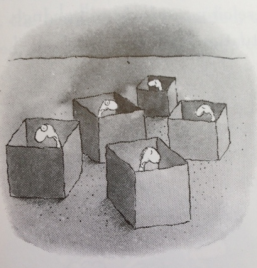